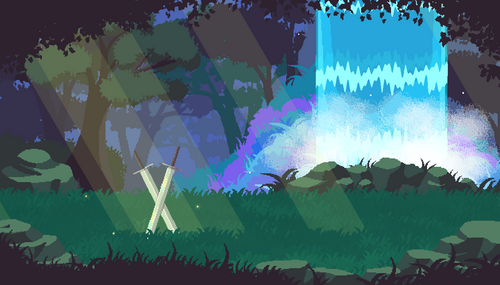 Hey there, it’s been just a few months since I’ve joined the brand new game studio: Spicy Lobster to help on the development of a MOBA in pixel art style (how can one say no to that!) Previously my main project was Fight over dat Ancient, it was my first attempt as a game dev on a big project. My card game was born in 2014 and it took about 6 years to deliver. I feel very fortunate for working with the most amazing artists like Dopatwo and Leona and I’m very proud with what we delivered.

When I first entered the Spicy Lobster team, the game code had just moved from Rust to Godot, but it had some performance problems. After refactoring the collision system, some optimizations and a lot of collaboration, I’m now ready to present our game, it’s called Shotcaller!

Keep in mind we just have our MVP (Minimum Viable Product), that means it’s not ready yet, not beta, not even alpha. It’s like a sketch of a building architecture project, just meant to give you an idea of what is coming!

The game has all the basic features of your typical MOBA: two bases, three lanes with towers, five special units with skills (we call them leaders) and neutral areas. But unlike other MOBAs, in Shotcaller you don’t have to control and care for one unit all the time, instead you are in charge of your team’s overall strategy, by selecting attack target priorities, choosing extra pawns, buying items for your leaders and so on. The game control speed is intended to be casual, so you can feel just like a coach in a professional e-sport championship, just calling the shots.

We currently have ten leaders working and two more already coming. Each leader has a unique set of skills and bonuses that allow them to excel in battle: Robin Hood can shoot multiple arrows, King Arthur can stun his enemies, Rollo the Viking has cleave damage, Sida’s spear can pierce her enemies, … They are able to retreat to base when injured on their own and they have their own attack target priority list for you to control.

Leaders are also able to conquer neutral buildings, amongst them we have the Camp that allows players to change one of their lane pawn types between infantry, archer and mounted at a cost. The pawn’s strength in battle follows a rock paper scissors game where infantry beats mounted because they have faster attack speed, archer beats infantry by shooting them down before they get in range and mounted beats archer because of the horse’s extra speed. 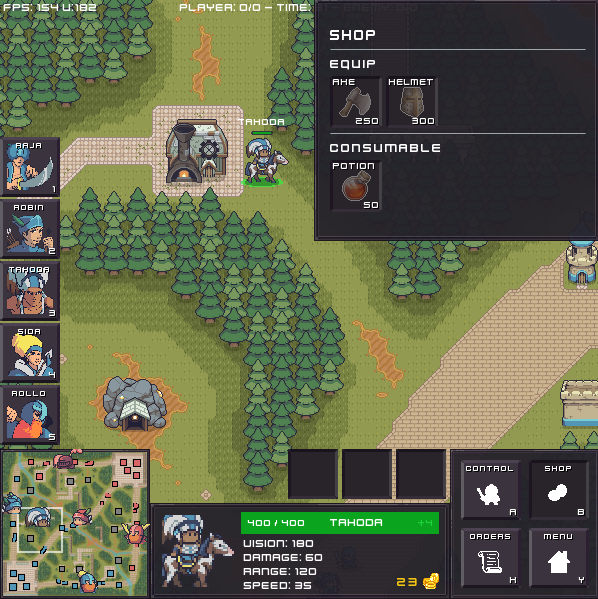 There are still lots to explain about the game and a huge amount of work to be done but I hope this will be enough to tease you guys into joining our community and help us develop the game. You can help with ideas, beta testing and spreading the news!

Here’s a list of mechanics on our roadmap, get in touch if you have more items for us to add: