Welcome to the world of Fish Folk

Following our decision to rename our flagship game ‘Fish Fight’ to ‘Jumpy’, in order to be on equal ground with the other games in what will be a fishy game bundle, one last name change feels necessary.

The more we think about the FF brand as an ever-expanding virtual arcade of goofy multiplayer games for friends and family, fight feels too limiting. Over time, many of our titles won’t really have much to do with fighting.

We are edging ever closer to a mini-metaverse wherein a bunch of fish-people play together in any manner of interactive experiences. The one thing all players in this space have in common is that they will inhabit the persona of some delightful fish-person. As in, we are all playing fish folk together; we ARE a bunch of Fish Folk.

‘Folk’ also happens to be the most commonly used word for ‘people’ in Norway, the effective birthplace and HQ of our game venture. 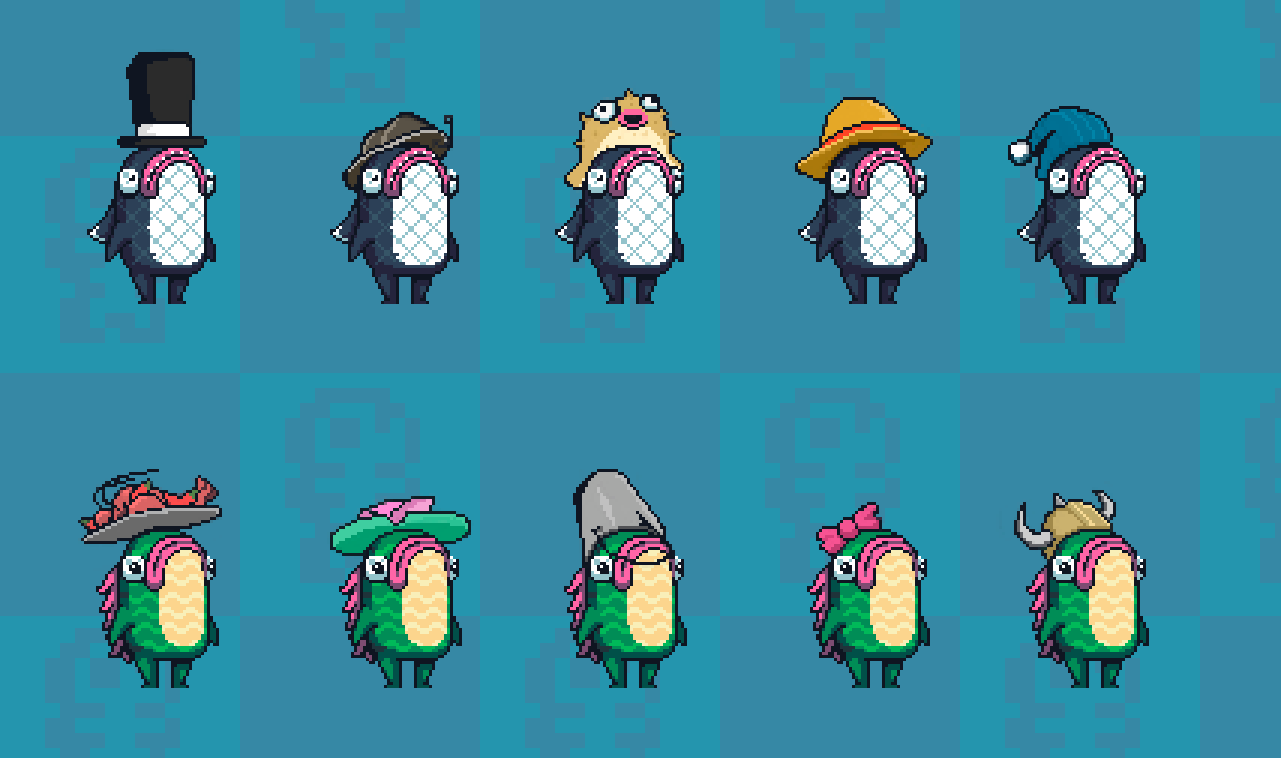 In a year from now, we want to realize the following experience:

Some friends are visiting and we wanna give ourselves a break from civilized conversing.

Fish Folk isn’t a game, it’s a whole bunch of games. What these games have in common is that

There’s something for everyone in the World of Fish Folk, so don’t fret if the first game you sample isn’t quite to your liking. Over repeated group-gaming sessions some clear favorites will emerge, but the other alternatives are always around for a bit of variety.

When you play Fish Folk games you will earn 🍥🍥🍥 fish bucks. You can spend these to buy aesthetics that are usable across all games. Even if most of your time is spent making canned mackerel of baddies in Punchy, that pretty hat 👒 you bought for your Punchy avatar is also available to you when the evening calls for some lighthearted fun with Party folk.

Got a 2-4 player couch-party type of game in mind for our fishyverse? Let’s work together!

Spicy Lobster will pay $500 for a completed proof-of-concept. Tell us what kind of game you wanna make, and if we like it we will sponsor the development of a PoC. The code will be open source so we all own it together. For novice gamedevs we recommend checking out our $100 internships.

Lastly, the branding update also means our project has outgrown this single game-specific blog. News specific to Jumpy will continue here, but the project-blog will need to find a new home elsewhere; stay tuned and keep it fishy.